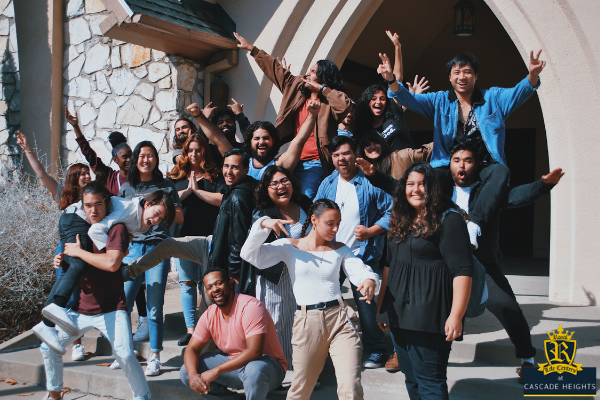 There was a long pause before the recording continued. A deep sigh preceded her explanation, “It’s difficult to convince people navigating early sobriety of anything.” A recent college graduate who has continued sobriety since the fall of 2009, Taylor is no stranger to the complaints raised against Alcoholics Anonymous (AA).

I’d emailed an inquiry regarding the recovery-hesitation many alcoholics undergo. Taylor’s reply was in the form of another question— would you mind if I sent you voice recordings? I encouraged her to respond in whatever format she felt most comfortable using.

After an overdose on Klonopin, DXM, and alcohol, Taylor received dual diagnosis treatment in rehab. The facility addressed her mental health, prescribing medication for present mental disorders, and her drug and alcohol addiction. Unfortunately, Taylor did not seriously consider sobriety until her first seizure. Not long after, she was diagnosed with drug-induced epilepsy. The repeated abuse of benzodiazepines and alcohol resulted in permanent brain damage. Taylor’s addiction, which began as an attempt to regain a semblance of control, ended up obliterating her command over her brain or body.

Taylor hit rock bottom. Once the shock of her newly-developed neurological disorder lessened, she went to an Alcoholics Anonymous meeting. Admitting that she was an addict wasn’t an easy task, but she found acceptance with the help of AA. Acknowledging her need for recovery allowed Taylor to rebuild her sense of control.

A lot of people who are just starting the recovery journey operate under the belief that sobriety, AA, and treatment in general, is a prison sentence. They regard sobriety as yet another system built to strip away their freedom. Taylor empathized with this mentality, having shared the same apprehension in the initial stage of her recovery. She explained how a lot of people in recovery need to know that everyone’s journey is different.

It’s way too common for people to walk into an AA meeting with the mindset that:

After attending Alcoholics Anonymous, Taylor worried about what sobriety entailed. She feared that the rest of her life would be dictated by the never-ending climb of a 12-step program. After fighting through the doubts of early recovery, Taylor was able to look beyond her hesitations and overcome fear.

Taylor assured me that Alcoholics Anonymous is in fact not a cult, albeit through muffled laughter. AA is an organization of people that come from all walks of life who join together to strengthen their sobriety and sense of community. It promotes a culture of self-acceptance and healthy living that centers around sobriety.

“People have a skewed mindset that AA is a restrictive program, but it’s not. You don’t have to do sh*t. People don’t say that enough— you don’t have to follow every rule or go through each step or believe in God.”

At no point in AA will you be indoctrinated into a toxic lifestyle, nor will you receive an invitation to partake in late-night rituals. Alcoholics Anonymous simply supplies you with suggested guidelines in an attempt to aid you in your recovery. You are welcome to listen to other members vent about their past, as well as share your experiences with alcohol as an informal therapy session. AA provides recovering addicts a place to cultivate a sober support group. These meetings act as a safe space to celebrate your accomplishments and mourn your losses.

The “God” Problem in Alcoholics Anonymous

Taylor commenced her spiel on religion in Alcoholics Anonymous by saying “AA’s basically as old as God.” She was being a tad hyperbolic– AA was founded in 1935. The organization is eighty-five years old and has yet to be updated. As a result, there are concepts within the text that don’t translate as smoothly in the 21st century. For instance, the entirety of the Alcoholics Anonymous “Big Book” uses male-centric language when referring to alcoholics; this can appear alienating to women.

The Big Book also leans heavily on receiving guidance from the Christian God, which challenges the possibility of inclusivity. Regarding the distancing language, Taylor encouraged me to “replace God with whatever you want,” later jokingly suggesting that atheists can insert the word tree for God, “the same way women replace “he” with “she”— God, higher power, whatever… replace it with your personal spirituality.” She ended the recording with one stipulation when replacing God: you can’t replace the notion of a higher power with yourself. After all, it was you who got yourself into rehab.

Her familiar voice played out manically as the recording commenced. Taylor spoke on freedom, saying, “Good luck convincing anyone in early sobriety of anything… but the best approach is ensuring the continuation of their independence.” Recovering addicts fear the loss of self. She stressed the importance of individuality and instilling a sense of freedom, despite being in a structured rehab program.

Addiction treatment and recovery programs aren’t out to rob you of your individual freedoms. People often balk at the thought of following a set of rules as if they’re commands. The purpose of rules is to provide structure, not remove choice. Despite being in a structured rehab program, understand that you will continue to be yourself. No one can take that from you. The irrational fear of losing your sense of self in the process of getting sober is just that: fear. “Addicts don’t get it!” she pressed, “there’s legit one requirement for recovery: you want to be sober.”

You can go to an AA meeting once and never return. After eight years of habitually attending Alcoholics Anonymous meetings, you can decide that the program is no longer for you. There is no obligation forcing you to return. You’re not confined to a set of rules for the rest of your life. Your recovery is your choice. There are no requirements for recovery besides the willingness to recover. So long as you have the intention of getting sober, you’re welcome in AA.

If you or a loved one is considering attending an AA meeting while in recovery, click here for more information.